We are a WordPress web design agency working with over 250 business owners in Farnham and across Surrey and London. With our great values web design packages we can help your Farnham business improve its online presence and generate more leads.

If you are running a business and are looking for a web design agency near Farnham to create a website that will stand out from your competition and help your business generate more leads and sales, don’t look any further!

We launched our web design agency 13 years ago, since then we have worked with over 250 local business owners building award winning WordPress websites from startups to large nation wides. We deliver the companies we work with in Farnham more customers, boosting their sales and growing their profits. Read our reviews and case studies below to find out how the clients we have worked with have benefited.

If your business needs to spread the word and build a strong online presence, we are the Farnham web design agency you need to talk to. We have the expertise to build winning websites and drive more traffic to them.

We can help your business with our Farnham web design packages shown below.

Call or email us to find out how we can work with you to build a better future for you and your business.

Is your businesses based in Farnham? Do you need some help or advice with your marketing and web design?

Want to get your baby off to the best start? Our business startup packages include a marketing strategy session, logo and web design Farnham.
Learn More

What our clients say about our WordPress web design Farnham…

“We needed help from a professional web design agency to launch our new incident response app for schools. We chose Indigo Marmoset, their previous work looked great and gave us confidence in their service. The website they built is fantastic and perfectly communicates the benefits of our app. The site is easy to use and easy for us to maintain. So a thumbs up from us, they will build you a great website at a good price.”
Richard Jewell

“Excellent value and very responsive. Friendly and easy to understand communication, thankful for the website they have created for me.”
Simon Gallacher

“I run a digital marketing agency and needed to find a partner to help me create a website for one of my clients Foxleigh Consulting. They built a top quality site using WordPress that my client loves. They were very responsive throughout the whole process and we are very pleased with the results.”
Gary Spencer

Farnham is a town in Surrey, England. It is located 27 miles southwest of Central London and has a population of about 18,000. The town is best known as the home of Pennyhill Park, one of the most expensive hotels in the world. The town is on the A30 road which connects Farnham to Woking and Guildford.

Farnham is a tourist destination, with attractions including the Royal Botanic Gardens, an old castle (the site of a battle), an oast house and several fine manor houses. Farnham is located in the Dorking parliamentary constituency, represented by Conservative MP Stephen McPartland. It forms part of the Mole Valley district, represented by Conservative MP Richard Ottaway. The town was formerly a centre for the production of Dorset marble, but most of the quarries have closed and the industry has moved to Staffordshire.

Farnham is first recorded in 973 as “Farun”. Farnham is mentioned in the Domesday Book as a settlement for which there was no Manor of Farnham. The Manor of Farnham was held by Baldwin de Redvers, 1st Earl of Devon and later by his descendents as Earls of Devon. The manor included Farnham, Hill and Albury. The Earls of Devon later surrendered their rights to the Duchy of Lancaster and it was granted to the Duke of Norfolk by King Henry III in 1236. In 1291, the manor was held by King Edward I as part of his Duchy of Cornwall estate. The manor passed to the Crown upon the attainder of the Duke of Norfolk’s son-in-law, Thomas de Berkeley in 1337. The Court of Great Sessions for the Duchy of Cornwall was held here from 1536 until 1818. The manor house itself was a late medieval house that was extended in the 17th century, probably at a time when it served as a prison for debtors. 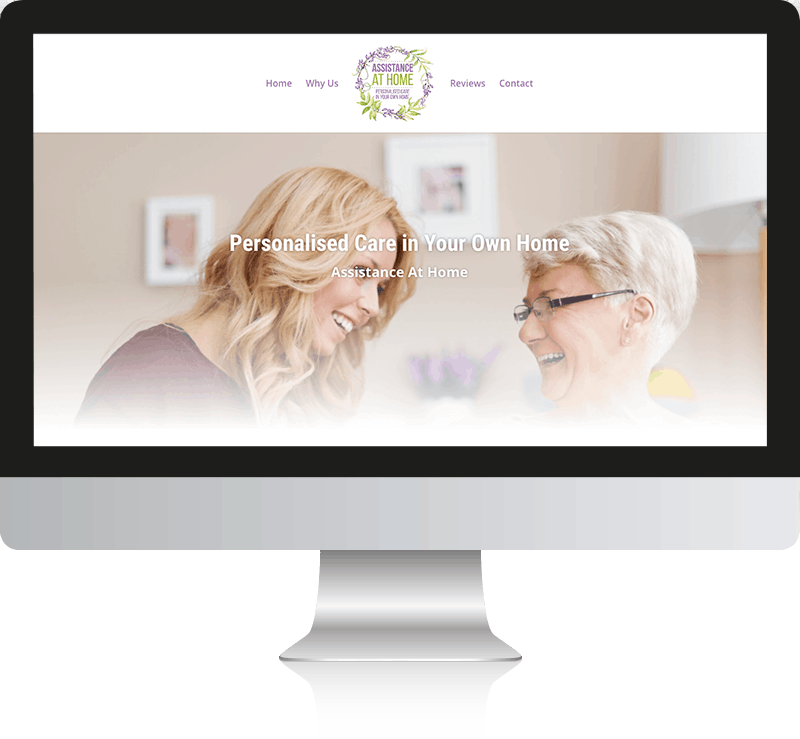 Elena the owener of Assistance at Home needed a website for her new home care agency. Elena already had a logo and printed marketing material so we used our Eager Beaver Startup package and the designs she already had to create a one page website to promote her business. Built using WordPress and the DIVI theme, the site looks great on mobiles and desktops and easy for her to update and manage.

“I used Indigo Marmoset to build the website for my elderly home assistance business. They did an excellent job of converting the designs I had done for my printed marketing material into an online website using WordPress. It looks great and I am very happy. I am now using them to run my Adwords campaign.” 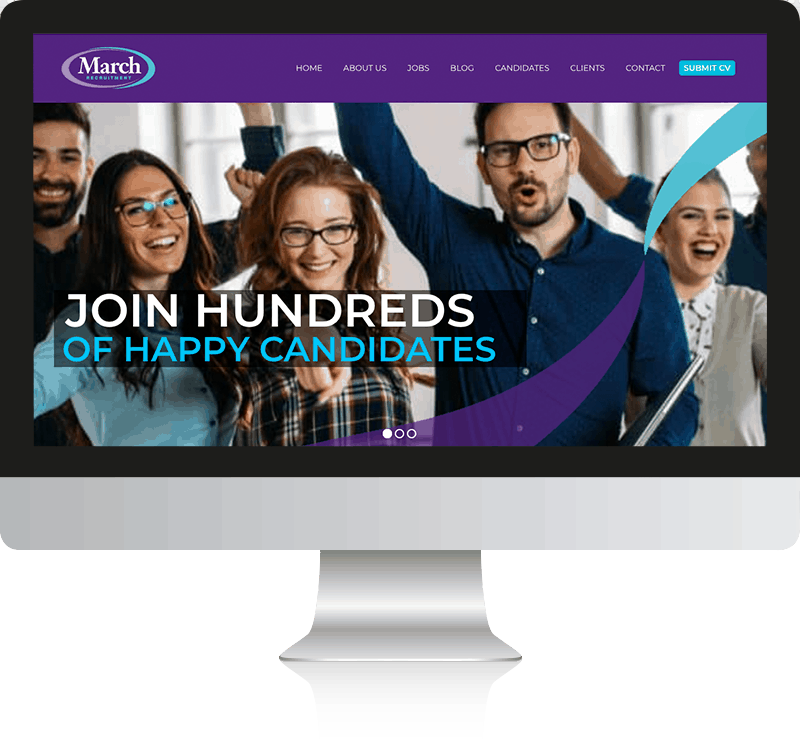 “We found Indigo Marmoset when we were looking for a web design agency to take over the maintenance of our WordPress website. After reading their previous reviews and looking at their past work we thought they would be a good fit for our business. After an initial meeting, Matt & Murray took over the hosting and on-going maintenance of the website. They have been very responsive to the questions we ask and help we need and keep the site in good shape. For us, using Indigo Marmoset has been a great experience and we have peace of mind knowing our site is in the hands of professionals.” 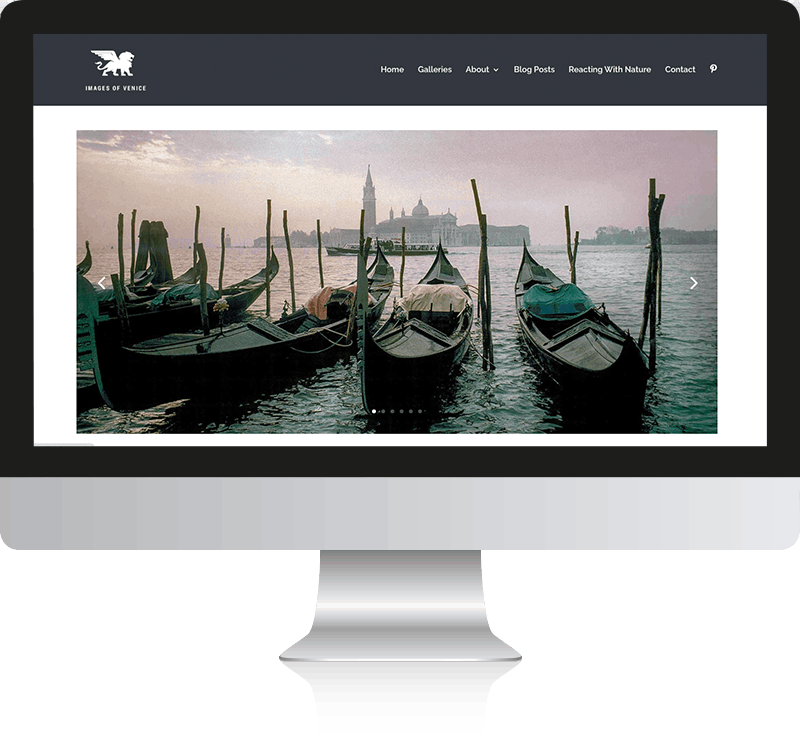 Ian’s website needed updating and converting to system that was easier for him to manage his photogrpahy. We rebuilt the website using WordPress and the DIVI theme. The site has an image management system included with a portfolio system that make it easy for Ian to manage his vast collection of Venice photography. The site ranks well in Google allowing many people to enjoy his amazing photography.

“I needed help revamping my WordPress website. I found Indigo Marmoset online and loved their work and reviews they had from their past clients. This gave me confidence to contact them, as soon as I spoke to them I knew they would be the perfect fit for me. Matt & Murray quickly re-built my site using the DIVI page builder and got the look of the site exactly how I wanted it. Using the DIVI builder and a bit of training they gave me I am now able to manage the site myself. A great experience and 100% recommended.”