We are a web design Guildford agency working with over 250 businesses in Surrey and London helping them to transform their websites, and generate more leads and sales.

If you want to work with an award winning web design Guildford agency that can build you an awesome website and understands marketing and how to generate more leads and customers, then you have found us! Our 10 years of experience has helped us create award winning web designs that deliver the businesses we work with in Guildford more customers, increasing their sales and boosting their profits.

If you need to let more people know about the services or products your business offers, we can help. We know what it takes to build a successful website and drive traffic to it and how to transform a poorly-performing website into a lead generating machine!

We provide a complete web design service for Guildford, including domain registration, website hosting, design and development and digital marketing.

Want to get your baby off to the best start? Our business startup packages include a marketing strategy session, logo and web design Guildford.
Learn More

Already have your logo designed and just need a new WordPress website? Then our Guildford web design packages are the ideal solution for you.
Learn More

We have been voted a 5 Star Guildford web design agency

“Matt and Murray are really approachable, knowledgeable, helpful and patient– no question is too daft to ask! The support is always there when you need it and nothing is too much trouble. They have really helped to give a complete novice the confidence to tackle to world of WordPress and website editing and google gobbledegook.”
Tina Naylor

“We are really happy with our new website and the work Indigo Marmoset have carried out. Matt and Murray came up with great suggestions for the format and layout of the site, which have worked really well, we’d have no hesitation recommending or using them again in the future.”
Roseanne Myhill

“I was impressed with how I didn’t need to explain too much, they were full of ideas and suggestions. They have designed a WordPress website which has enabled me to cut down on paperwork due to automated forms and it is generating over 75% of my enquiries. I would recommend Indigo Marmoset to any business who wants creative thinking at affordable prices and a company who really care about the success of the businesses they work with.”
Sophie Harper

The roots of Guildford can be traced back to the Saxons when the area was used as a crossing point for the River Wey. Also a natural gap in the North Downs made Guildford a simpler route for travellers passing through. Guildford became the home of an early English Royal Mint. The construction of the Basingstoke Canal and Wey Navigation between the 17th and 18th centuries connected Guildford to a wider network of waterways which helped Guildford prosper and grow. In the more recent 20th century, the University of Surrey and the Guildford Cathedral were added, helping to solidify Guildford’s position as the largest town in Surrey.

Now in the 21st Century Guildford has retained much of its historic architecture including granite setts (cobbled streets) and the Angel Hotel which was a coach stop on the route between Portsmouth and London. The town has weekly markets held on Fridays and Saturdays and a farmers’ market on the first Tuesday of each month. Guildford was voted the 9th best place to live in 2006 and is one of the most expensive places to purchase property outside of London. According to the Eve Prime Retail Survey (2004), Guildford is the safest and most attractive shopping location throughout the UK and was ranked 27th overall in the country.

Guildford has a thriving business scene with the Financial Times (2011) listing it in the top 500, including 5 major businesses. These include Ericsson, Allianz, Philips Electronics, Sanofi and Colagate-Palmolve.

Guilford is twined with Frieburg Im Breisgau and Baden-Württtemberg in Germany and is linked with Mukono in Uganda.

We are working with over 200 local businesses across Guildford and throughout London & Surrey. From new startups to established nationwides and even a celebrity chef! Below are a few examples… 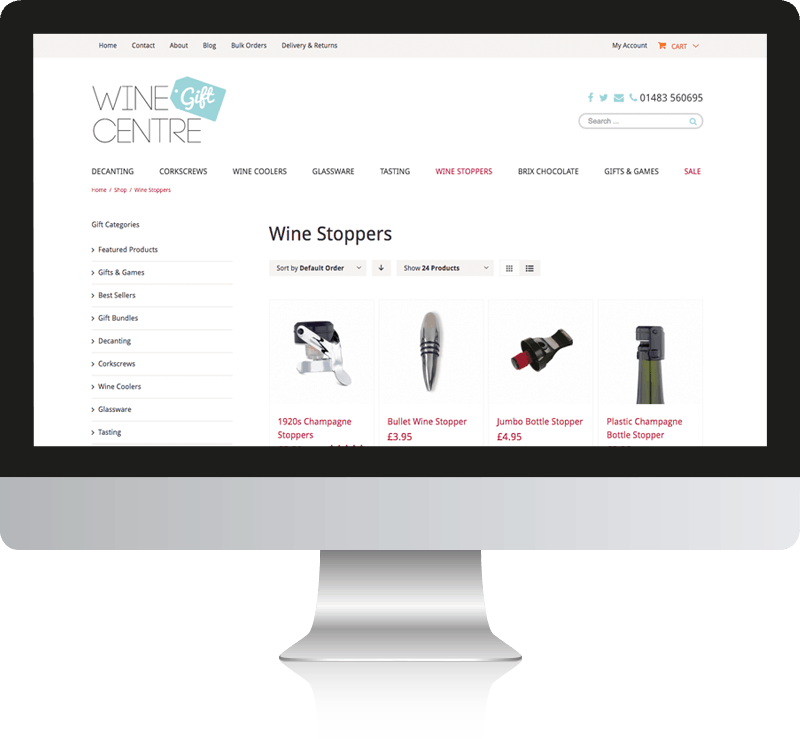 This Wine Gift Centre website was built using the popular WordPress content management system and WooCommerce giving the client the ability to manage their website and their online sales.

“The Marmosets are a delight to work with, always extremely fast to respond to our endless list of questions and on hand to offer their expert advice. Both Matt and Murray went above and beyond the call of duty and we truly couldn’t recommend them highly enough.” 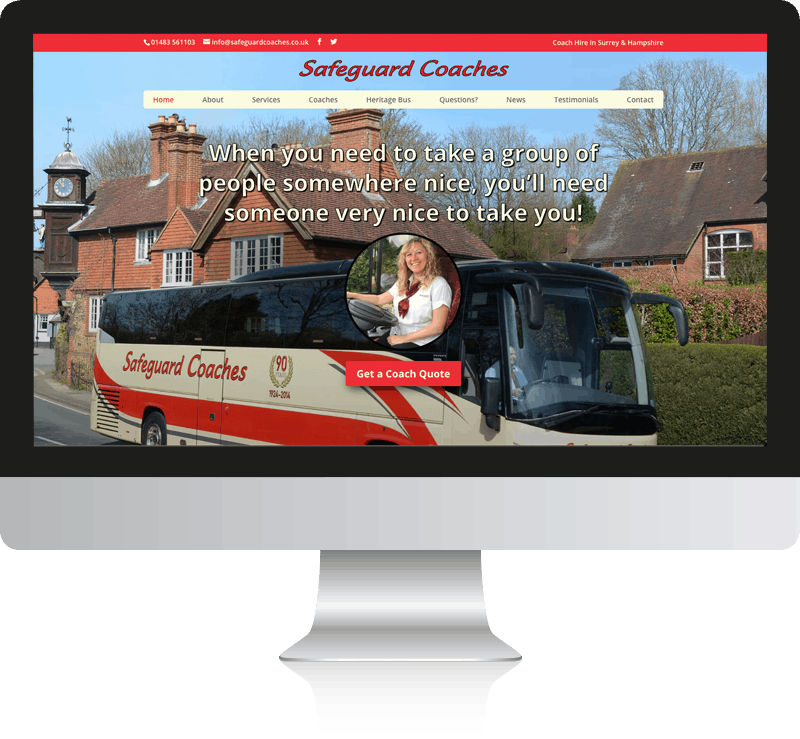 We started by revamping their Guildford Buses site and adding a page builder system that would allow Tina and the team at Safeguard Coaches to more easily update the website with their latest news and timetable changes. We have since re-built their other two websites using the same page builder system.

“Matt and Murray are really approachable, knowledgeable, helpful and patient– no question is too daft to ask! The support is always there when you need it and nothing is too much trouble. They have really helped to give a complete novice the confidence to tackle to world of website editing and google gobbledegook.” 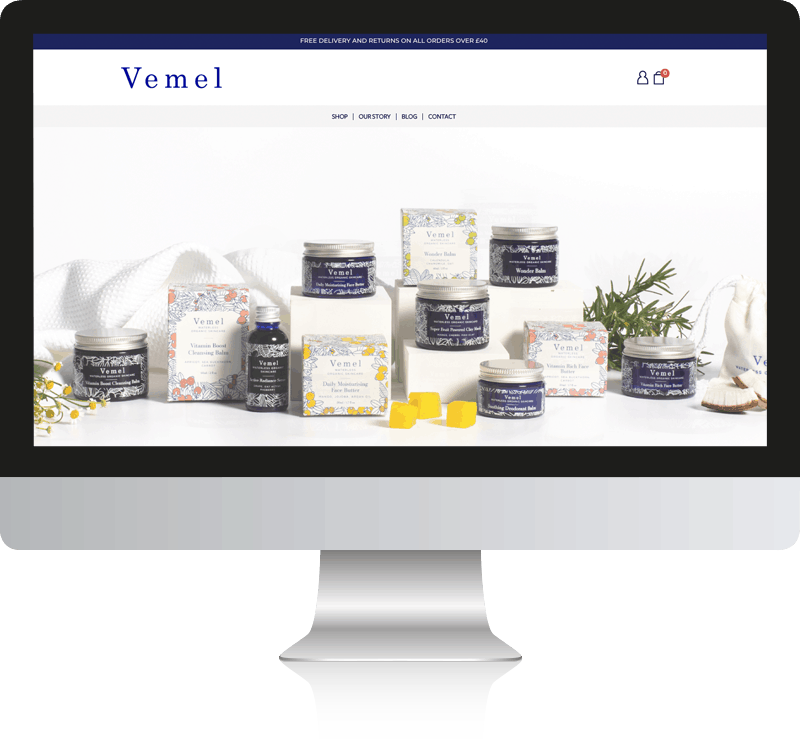 The previous web designer had badly let down James the owner of Vemel and he needed to get the new website live in just 4 days. All hands on deck! We re-built the site using WordPress with WooCommerce to create the online shop. Started on a Friday we had the site up and running on Monday and receiving orders by the end of the day.

“Indigo Marmoset came to the rescue when my other web designer let me down whilst building my new website vemel.co.uk. They built me a fantastic WooCommerce website based on the designs I supplied and also turned it around in just a few days. They were incredibly helpful at all hours of the day and even worked through the weekend in order to hit our deadline. I would have no hesitation recommending Matt & Murray to other business owners looking for a professional and responsive web design company.” 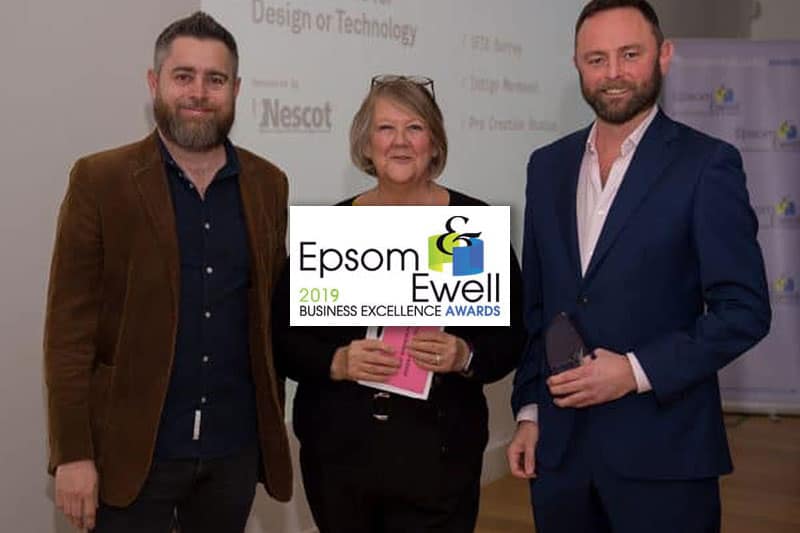 Indigo Marmoset won the best business in Epsom & Ewell for Technology & Design 2019. For our web design and digital marketing work with local businesses across Guildford, Epsom, Surrey and London.

We were up against some stiff competition so it was great to be chosen.

A big thank you to the event organisers for putting on another fantastic awards evening and congratulations to the other winners. 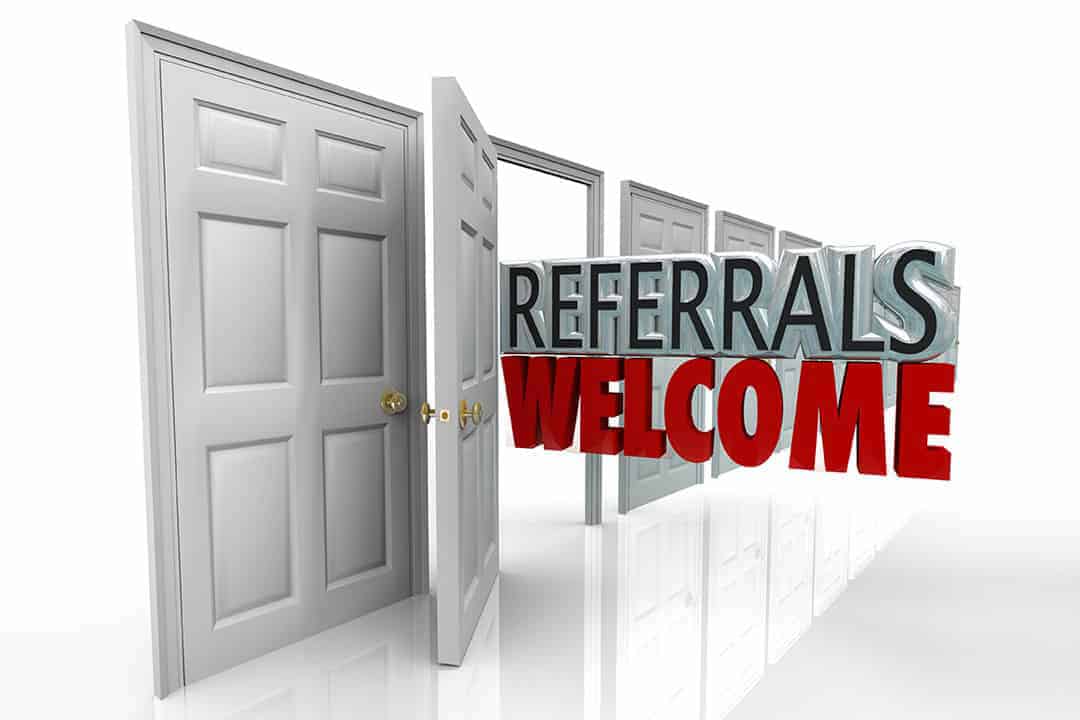 How to get more referrals for your Guildford business

For most businesses in Guildford these just happen from time to time, but have you considered what an impact it could make for your business if you were to start encouraging more referrals? 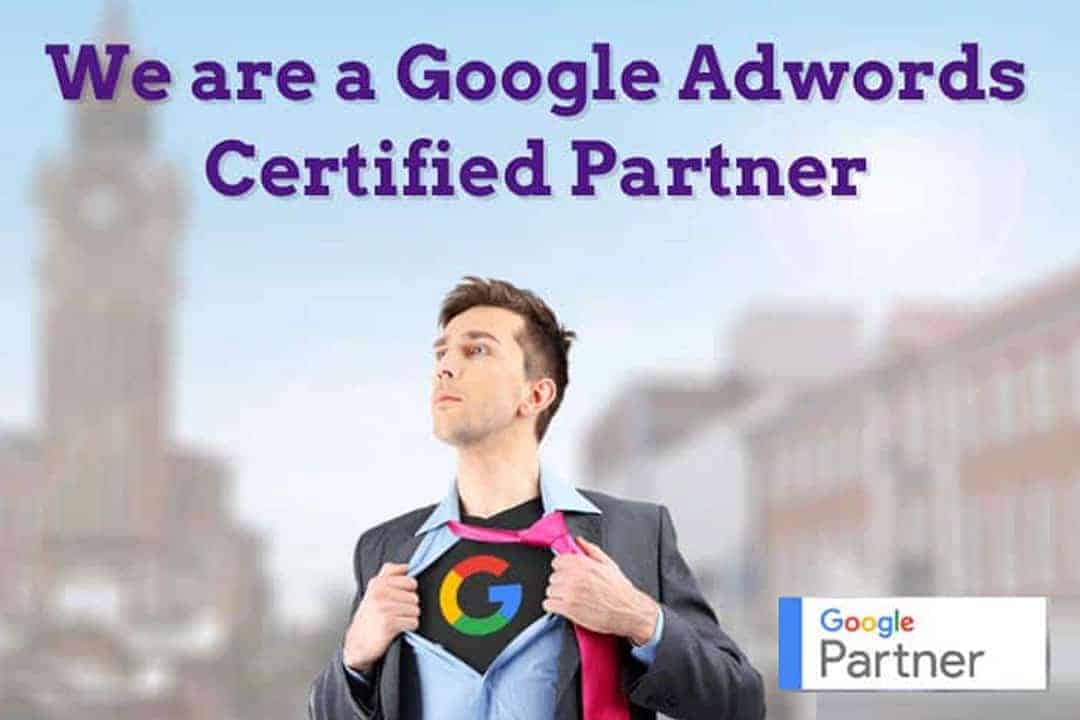 Looking for a Google Adwords Certified Partner in Guildford?

To make sure we keep delivering excellent Adwords results for our clients in Guildford, we have become a Google accredited Adwords Partner. This means we are trusted by the UK’s leading search engine to setup and manage Google Adwords PPC campaigns for businesses in Guildford.

Below are some examples of websites we have designed for businesses in Guildford and across Surrey, you can view more in our Portfolio. 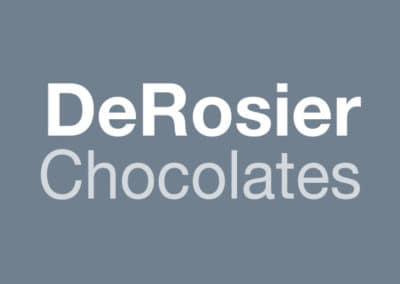 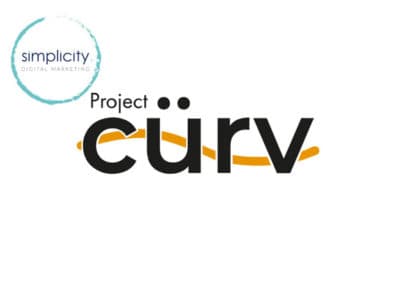 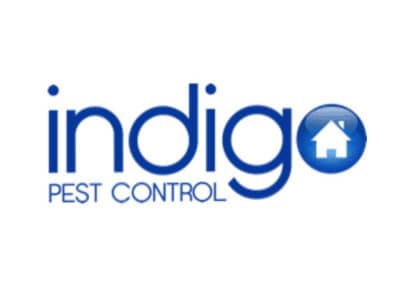 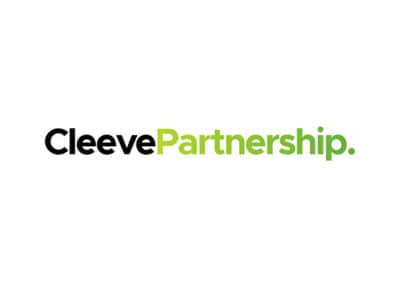 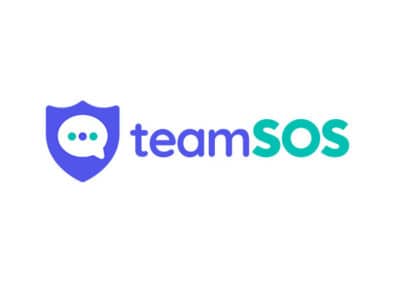 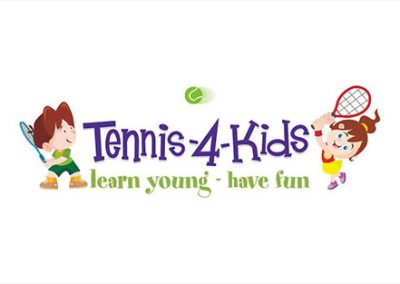